“The training and exercises we will conduct with our allies in the Black Sea prepares us to undertake any mission NATO might require to meet its obligations for collective defense,” Williamson was quoted as saying in the press release.Williamson added that NATO looks forward to enhancing its interoperability with Turkish, Bulgarian and Romanian navies.

Russian multi-role Su-30 fighter jets and Su-24 frontline bomber jets from the Black Sea Fleet’s Navy aviation are observing the NATO warships movements in the Black Sea, a source in the Crimea Naval Base said on Wednesday.

NATO has boosted its military presence close to the Russian border after Crimea seceded from Ukraine and reunified with Russia in March 2014.

In the summer of 2014, NATO dispatched a record number of nine vessels to the Black Sea, coupled with reinforcing its air patrolling missions in the Baltic airspace. 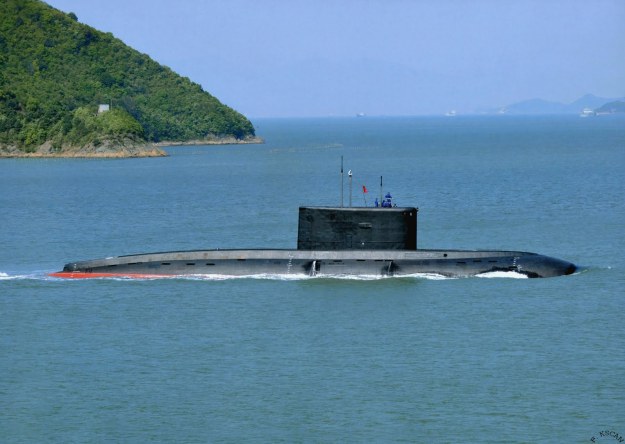 Russia and Vietnam have signed an intergovernmental agreement on the simplified entry of Russian warships to Vietnam’s Cam Ranh port, a source in the Russian Defense Ministry told TASS on Thursday.

“The agreement was signed in Sochi on November 25 during the visit of Secretary General of the Central Committee of the Vietnamese Communist Party Nguyen Phu Trong to Russia. The procedure sets the requirement for Russian vessels that are approaching the Vietnamese port only to notify its authorities for entry,” said the source.

MOSCOW, July 8 (RIA Novosti) – The group of NATO ships in the Black Sea has grown to nine vessels, setting a record for recent decades, a military and diplomatic source told RIA Novosti Tuesday.

“American cruiser Vella Gulf arrived in Burgas early Tuesday, and French frigate Surcouf, which returned to the Black Sea on July 4, unmoored from the port of Batumi,” the source said.

The addition of the two ships has brought the number of NATO military vessels in the sea to nine.

“We haven’t seen such a large number of NATO ships since the USSR,” the source noted.

Apart from the Vella Gulf and the Surcouf, the Black Sea is currently hosting two French reconnaissance ships, and the Italian Dupuy de Lome and Elettra. Additionally, the Breeze-2014 military drills are underway near Bulgarian shores, where the vessels of Standing NATO Mine Countermeasures Group 2 (SNMCMG2) are located. The group is led by the Italian guard ship ITS Aviere. Italian and Turkish minesweepers ITS Rimini and TCG Akcay are also participating in the exercises, along with British mine defense vessel HMS Chiddingfold.

The large-scale drills on the Black Sea kicked off on July 4. Around 20 military ships and supporting vessels are taking part. The source in the Russian Defense Ministry told RIA Novosti that ships and naval aviation are tracking NATO activities in the region.

According to the Montreux Convention, military ships from nations that do not have direct access to the Black Sea can only stay in the area for a maximum of 21 days. American frigate USS Taylor violated the convention earlier this year, exceeding the limit by 11 days.

According to the US military command, the dispatch of the Donald Cook destroyer was a move to reassure the country’s NATO allies in the region amid heightened tensions due to the crisis in Ukraine.

Turkish political scientist Fatih Er told RIA Novosti that the US ships are not intended to scare Russia or conduct any military operations against the country.

“I do not think that in practice the Americans have some specific goal in mind, sending warships to the Black Sea. The ships going through the Turkish straits are not so much of a message to Russia, but rather a move towards Europe,” Er said.

“The US showed they are backing their European partners. The message by the Secretary of State and European leaders is rhetorical. I expect the US to make a move against Syria,” he added.

The USS Donald Cook is the third US warship sent to the Black Sea recently. In February, the US dispatched the missile frigate USS Taylor into the waters of the sea to provide security for the Olympic Games in Sochi.

The vessel ran aground off the coast of Turkey, and as a result exceeded the time it was allowed to spend in the region under international agreements.

Last month, the USS Truxtun passed through the Bosphorus to enter the Black Sea to conduct joint exercises with Bulgaria and Romania.

According to the Montreux Convention on the status of the straits, warships of countries that do not have access to the Black Sea may remain no longer than 21 days in the sea.

Russian Foreign Minister Sergei Lavrov earlier said that the presence of US ships in the Black Sea has often exceeded the limit under the convention. 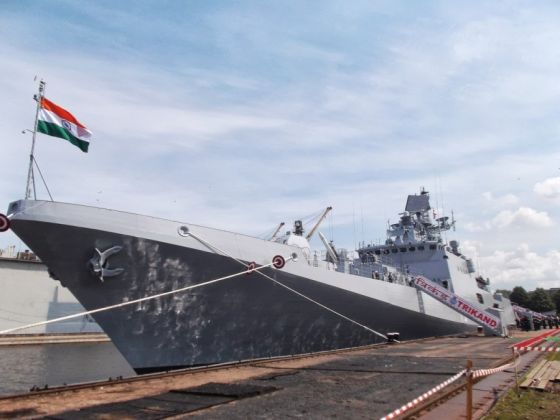 Russia is ready to build for the Indian side a series of 3-4 Project 11356 ships with improved characteristics. If such a decision is taken, India can offer for Russian part as offset to purchase supersonic missile “BrahMos” to arm the Russian ships.