February 18,  SINGAPORE
The helicopter is one of the most advanced modifications of the Mi-17 family 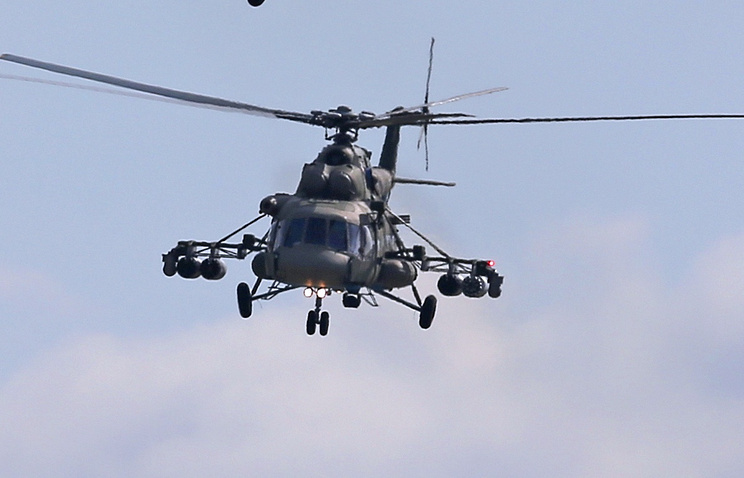 “Thailand has previously bought six Mi-17V-5 helicopters manufactured by the Kazan Helicopter Plant. We hope it will buy another batch. The negotiations are conducted through Rosoboronexport (Russia’s state-owed arms exporting company). We hope that the negotiations will bear fruit as early as this year,” the source said.

The helicopter is one of the most advanced modifications of the Mi-17 family. It is produced by JSC Kazan Helicopters and sold through Rosoboronexport. Indonesia bought its first Mi-17V-5s under a 2008 contract. This was the first time that the Thai military preferred a Russian aircraft to a US-made.

In recent months, it has been reported in the media that Thailand is considering buying an unspecified number of Russian-made T-90 battle tanks. Over the weekend, reports again emerged of Thai plans to purchase Russian tanks as Thailand’s Deputy Prime Minister Prawit Wongsuwan, who also serves as the country’s defense minister, is expected to travel to Russia in the near future.

“Contrary to the reports of some Thai media outlets, Thailand has no plans to purchase Russian tanks. The fact that the deputy prime minister might examine the tanks during his visit to Russia, does not mean that he is going to sign a contract for their purchase,” Col. Winthai Suwaree told reporters.

According to media reports, Bangkok is also interested in procuring some Chinese tanks that are based on the Soviet-era T-72 tank design.In 2011, Thailand placed an order worth $240 million for the purchase of 49 T-84 tanks as well as auxiliary military equipment with the Ukrainian company Ukrspetsexport. However, by the end of 2015, only 10 tanks had been delivered to the Royal Thai Army, which has allegedly caused concern among senior officials.