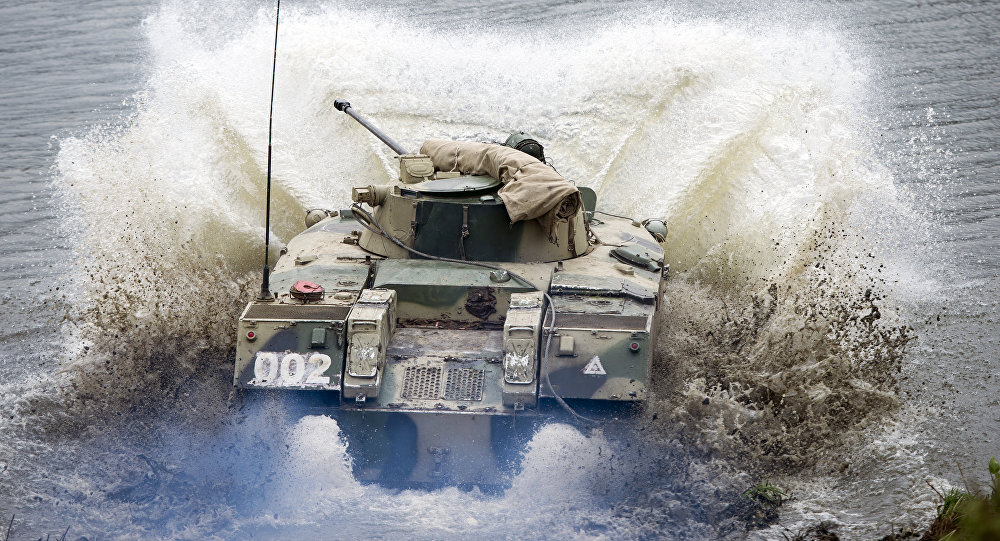 Russian airborne vehicles are going to land on the African shore during joint drills with Egypt, the Russian Defense Ministry said Monday.
AL-UMAED (Egypt).   BMD-2 airborne assault vehicles and BTR-D armored personnel carriers have become the first ever Russian airborne vehicles to land on the African shore within the Defenders of Friendship joint drills with Egypt, the Russian Defense Ministry said Monday.
“For the first time military equipment of Russian Airborne Troops had been parachuted on the African continent of the Ilyushin Il-76MD aircraft. Five BMD-2 and one BTR-D successfully landed on strapdown parachute systems on the landing pad,” the ministry said, adding that the equipment was dropped off 600 meters (1969 feet) height.
The Egyptian military parachuted two G12 jeeps of two Lockheed C-130 Hercules from a height of 400 meters.
The first Russia-Egypt anti-terrorism drills kicked off in Egypt on October 15 and will last until October 26. Over 500 servicemen from Russian Airborne Troops take part in the exercise as well as more than 15 helicopters and planes.