The official representative of the Russian Defense Ministry, Major-General Igor Konashenkov commented on the statement of an anonymous employee of the Pentagon, called the “joke” the elimination of 30 August of the terrorist Abu Muhammad al-Adnani, who served as Speaker of the IS (organization banned in Russia).

According to “Interfax”, Konashenkov stressed that in contrast to the US-led so-called ” anti-ISIS coalition”, Russia is not engaged in “costly and pointless hunt for individual personalities,” and destroy all terrorists. In this case, the aim was not hitting Abu Muhammad al-Adnani, and were with him another 40 militants IS, said Konashenkov.

Russian Foreign Minister Sergei Lavrov and US State Secretary John Kerry may meet for talks in Geneva later this week with the goal of setting up some sort of intelligence sharing agreement in order to coordinate strikes against Daesh; however Pentagon says it has no Plan B in case the talks fail.

Sergei Lavrov and John Kerry might meet for talks in Geneva on August 26-27. However the meeting has not yet been confirmed by either of the parties.

Meanwhile, Pentagon Press Secretary Peter Cook said at his press briefing on Monday that the US Department of Defense has no Plan B in case the negotiations fail and “continues to focus on Plan A.”

Neither is it going to “put a calendar deadline on it”, the press secretary added.

Cook however said that the US has “not finalized plans with Russia on potential coordinated efforts.”

“Serious issues must first be resolved before we can implement the steps Secretary Kerry and Minister Lavrov discussed in Moscow last month. We are not there yet and the regime and Russia’s recent actions only make it harder to consider any potential coordination.”

The Pentagon also reiterated the US warnings to the Syrian and Russian jets to keep away from American positions in Syria in the wake of Syrian Air Force sortie to the Syrian city of Hasakah. Despite the warning that the US could open fire, Syrian jets risked confrontation by flying a bombing sortie over this area.

When asked about the difference between the above warning and the introduction of a no-fly zone, the press secretary said that “the distinction here is that we’re going to defend our forces where they are.”

“And we’re not going to tell you exactly where they are, but we have been operating in that area in particular. We made that clear to the Syrian regime last week, through our — the Russians, through our memorandum of understanding.”He repeated that the US is going to provide air cover and air support to “their forces” on the ground wherever they may be.

However the press secretary avoided answering the question whether “the Syrian regime has the right to fly over its territory”.

It appears that Pentagon has publicly acknowledged that private intelligence contractors are now battling on the ground in Syria along with the US troops, providing “intelligence analysis services”; a fact noticed by the US-based news website The Daily Beast.

The website noticed “an eye-catching” announcement on the official website of the US Department of Defense.Every day at 5 pm the Pentagon releases a list of that day’s contracts worth more than $7 million.

What is even more notable, “[The] work will be performed in Germany, Italy, and Syria, with an estimated completion date of June 29, 2017. Fiscal 2016 operations and maintenance (Army) funds in the amount of $6,370,000 were obligated at the time of the award. Army Contracting Command, Kaiserslautern, Germany APO AE, is the contracting activity.”

The company provides strategic solutions to the United States government agencies in the intelligence, defense, and civilian communities.

No information has been released on the number of people who might have to go into the country under this contract.

“It could be just a few (presumably well-paid) intelligence analysts augmenting a military unit or it could be many more,” the website suggests.

Sean McFate, a professor at Georgetown University’s School of Foreign Service, the author of Shadow War, and a former gun-for-hire himself told the website that “this is no ordinary contractor.”

“Six3 Intelligence Solutions is a private intelligence company, and the fact that we outsource a good portion of our intelligence analysis creates a strategic dependency on the private sector to perform vital wartime operations,” the outlet quotes him as saying.

However Andrei Frolov, from the Russian Center of Strategies and Technologies, says it could be just “bureaucratic tricks.”“Starting with the war in Afghanistan (from 2001), Pentagon and CIA has been more often shifting the responsibilities on people affiliated with these structures but at the same time not employed with the law-enforcement agencies,” he told Russian news website Svobodnaya Pressa.

This is just bureaucratic sleight of hand: while the number of employees within the agency is reduced, the employees are simply transferred to another company and continue being paid under other schemes.

Secondly, he notes, the attraction of private contractors does not bear any political risks: one can always claim that the contractors have voluntarily undertaken such a risky job.

Thirdly, the employees recruited for the announced “intelligence analysis services” are doing nothing serious but perform some minor job, relieving it from the actual employees.

So far, there has been no mention of private contractors going inside Syria with US troops, but military contracting and special operations experts said it is safe to assume that Six3 isn’t the first, The Daily Beast finally states. 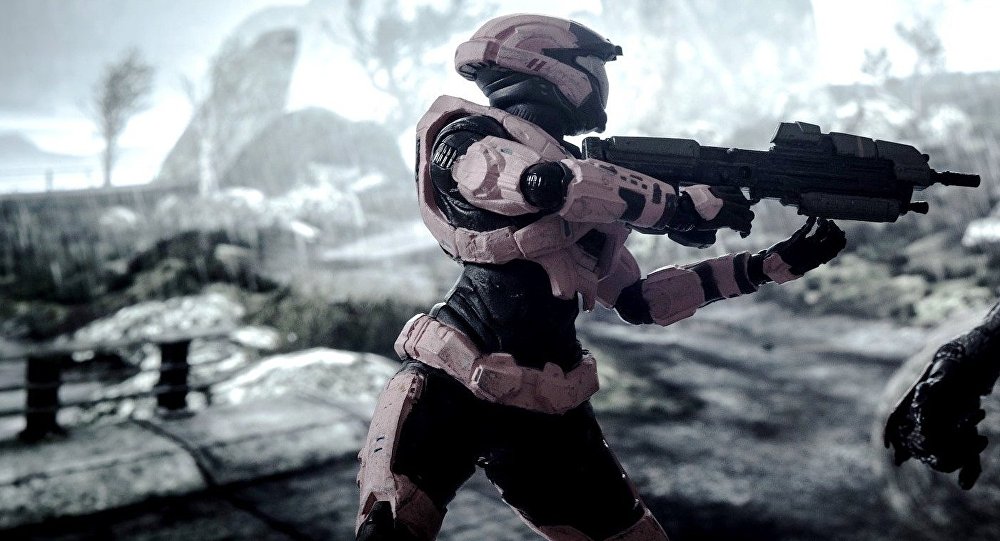 Turns out that the Pentagon appears to be speaking about programs they have sanctioned under DARPA in addition to similar efforts by the British military which have pretty close to nothing to do with Russia.

Top American military officials claim that Moscow is working to create “enhanced human operations” technology they say “scares the crap” out of them with the specter of stronger, faster, and more deadly super soldiers on the horizon according to the latest musings from the Pentagon.In the bid to develop a superior fighting force, most countries are looking to weapons based around robotics, lasers and exoskeletons to create a real-life Iron Man, but the US military officials, perhaps in a bout of propaganda, suggest that Russia is focused on also augmenting human biology – think more X-Men than Iron Man – in order to create the most deadly fighting force in the world.

“Our adversaries, quite frankly, are pursuing enhanced human operations and it scares the crap out of us,” said US Deputy Secretary of Defense Bob Work.

While some of this purported human biological enhancements come by means of drugs and steroids according to US defense officials in order to make soldiers tougher on the battlefield and able to traverse longer distances at faster speeds, the Pentagon has a strange fascination with the outlandish claim that Russia is using brain implants embedded into soldiers’ heads to make them follow orders.

They also fathom that microscopic technology could be implanted into soldiers for more benign purposes such as enhancing the body’s wound healing capabilities without the need of a medic or bionics to allow men to control machine or extensive prosthetics with their minds.

If this sounds crazy and like it would dehumanize the Russian soldiers in the minds of an unsuspecting American public then perhaps the Pentagon has accomplished its feat. The US, whose secret science DARPA division is already exploring this precise technology claims that they “are uncomfortable” using such technology in the words of Undersecretary Bob Work.

Similarly, the British Ministry of Defense is exploring the feasibility of such super soldier technology in the next 30 years according to confidential papers made public in 2013 including augmented bodies and signaling to an electronic chip in soldiers’ brains to ensure that they follow orders.

In fact, it seems like there is a wealth of evidence that the United States and Britain are both engaged in exactly the same unethical and deeply disquieting programs that they allege that Russia is exploring despite providing absolutely no evidence of these claims.