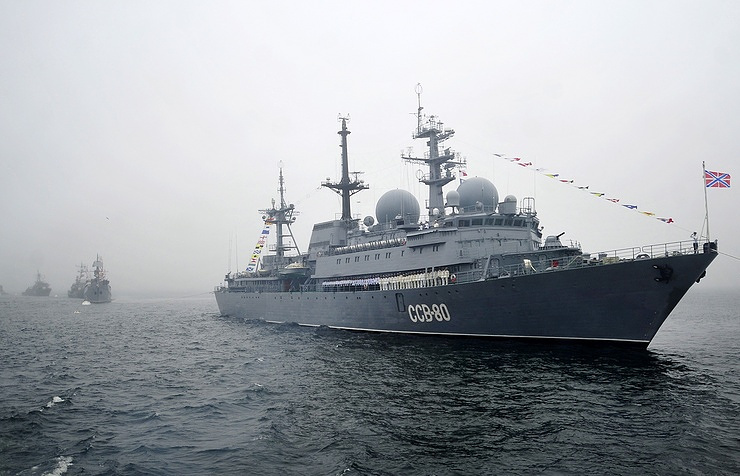 ST. PETERSBURG, June 28. /TASS/. There are no obstacles to the deployment of a Russian Pacific Fleet base on the Matua Island of the Kurils chain, the decision will be made based on the expediency of this step, a military-diplomatic source told TASS on Tuesday.

“There are no contraindications whatsoever to creating a base on the Matua Island,” the source said.

Nevertheless, the source said, for making the decision “it is necessary to carry out the work for the comprehensive assessment of the expediency, based on the defense priorities” of the base deployment and “assess the resource aspect of the issue.”

“There is no haste here, it’s Russian territory,” he said.

According to him, a ground force unit or a base of the near maritime zone may be deployed on the island.

A joint expedition of the military and the Russian Geographical Society is currently working on the Matua Island. Russian Defense Minister Sergei Shoigu said previously that the Pacific Fleet navy men will consider the possibility of creating a base on the islands of the Greater Kuril Ridge. Japan has expressed concern over these plans.

The Russian Defense Ministry is considering the possibility of building a base for units of the Pacific Fleet on the Matua Island in the Kurils chain, Commander of the Eastern Military District Col. Gen. Sergei Surovikin said Friday.

SAKHALIN REGION (Russia’s Far East) — According to Surovikin, the Russian military and the Russian Geographic Society are currently conducting a joint expedition to the Kurils chain, which involves six ships and over 200 participants. The Matua Island hosts three airstrips dating back to World War II.

“The main goal of the expedition is to study the possibility of basing Pacific Fleet forces there,” Surovikin said at a meeting with the district’s senior commanders.