NATO warships will escort a Russian aircraft carrier group on its tour to the Mediterranean Sea, a source in the alliance told RIA Novosti on condition of anonymity.

BRUSSELS — The naval group of Russia’s only aircraft carrier Admiral Kuznetsov set sail last Saturday for the eastern Mediterranean from the Northern Fleet’s home base of Severomorsk in northwestern Russia. Its expected passage through the English Channel put the Royal Navy on alert.

“Russia has the right to operate in international waters. The NATO Navy plans to observe Russian ships on their way to the Mediterranean,” the source said.

The Russian aircraft carrier is accompanied by the Pyotr Veliky battle cruiser, the Severomorsk and Vice-Admiral Kulakov anti-submarine destroyer, and support vessels. Their crews are expected to hold maritime drills to increase interoperability between the Navy and warplanes.

September 2 – German Foreign Minister Frank-Walter Steinmeier said Friday he was satisfied with the relaunch of the NATO-Russia Council. He added that it is necessary to restart the dialogue on specific subjects, including negotiations on arms control. “I am happy that thanks to your help as well, the NATO-Russia Council is working again, at the ambassadorial level so far,” Steinmeier told reporters at …a joint press conference with NATO Secretary General Jens Stoltenberg.
“In order to be sure that we are not rolling back to confrontation,” the minister added. The NATO-Russia Council was created in 2002 as a consultative mechanism. NATO suspended all practical civilian and military cooperation with Russia after the Ukraine crisis broke out in April 2014. The first Russia-NATO Council meeting since the relations deterioration, held at the level of permanent envoys, took place on April 20 but failed to yield any significant results due to the sides’ disagreement on a number of geopolitical issues. One more meeting of the Council at the ambassadorial level was held in the Belgian capital of Brussels on July 13. 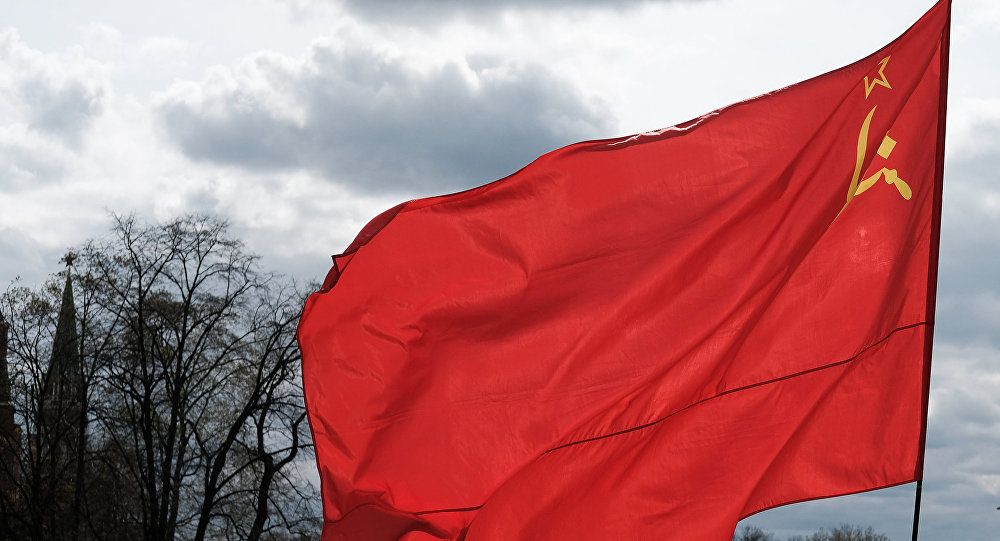 The Soviet Union received in the early 1990s assurance from NATO that the alliance would not expand toward the USSR border, the last Soviet foreign minister, Boris Pankin, said.

STOCKHOLM   The Warsaw Pact on collective defense between the USSR and seven satellite states in Eastern and Central Europe was terminated in 1991, nine months before the collapse of the Soviet Union itself. The Council for Mutual Economic Assistance that also included the USSR and its Eastern and Central European allies, as well as some other communist states, ceased to exist also in 1991. The withdrawal of Soviet forces from Easter Europe was expected to be completed within two years by late 1990.

“The thing is that when all these steps were taken while [Mikhail] Gorbachev was in power — the dissolution of the Warsaw Pact, and the dissolution of the Council for Mutual Economic Assistance, and the withdrawal of troops [from Eastern Europe in the late 1980s] — all of it was perceived positively, that’s how naive people were… And they assured that reciprocal steps were and would be taken. As for NATO, such promises were given to me as well,” Pankin said in an interview to RIA Novosti.

Pankin, who served as the USSR ambassador to Czechoslovakia in 1990-1991, said then German Foreign Minister Hans-Dietrich Genscher admitted to him once they felt “a great pressure from Eastern European new regimes,” that were members of neither the European Union nor NATO at the time. Genscher said there was great pressure, with Eastern European countries willing to join Western alliances, while Western states did not want them to join the blocs at the moment.According to Pankin, Genscher was one of the first of Western officials who shared with him thoughts on transforming NATO from a purely military bloc into a military-political alliance.

Kiev residents started receiving army recruitment ads along with their utility bills, with a twist.

The ads entice the recipients to enroll in Ukraine’s armed forces, but one part of the proposal particularly stands out, according to the Ukrainian news agency Vesti. 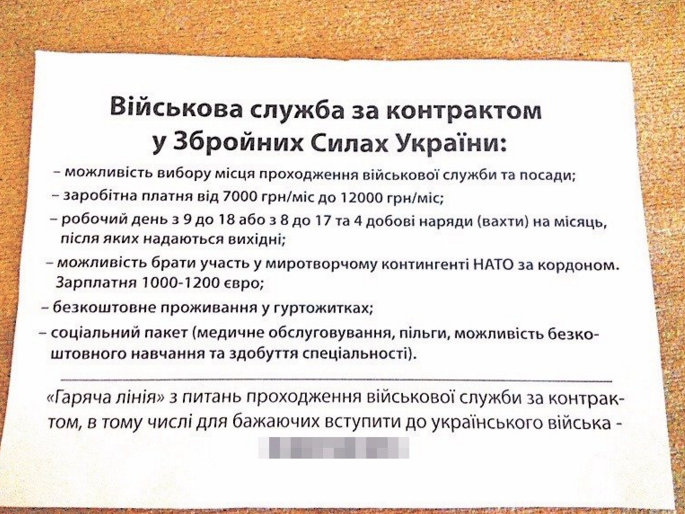 “There’s an opportunity to take part in a NATO peacekeeping contingent. Wages are 1000-1200 euros,” the ad says.

A source in Ukraine’s Defense Ministry Vesti that the number of able-bodied citizens willing to serve in the nation’s armed forces has decreased, prompting the military to resort to such unorthodox measures.

The ongoing armed conflict in Ukraine’s southeast made military service increasingly unpopular among the country’s youths who often go to great lengths to avoid conscription.In October 2015, the Office of Ukraine’s Attorney General announced that there were about 16,000 deserters from the ranks of the Ukrainian army, according to Lenta.ru.

Furthermore, in May 2016 Andriy Verba, head of the Ukrainian Army Medical Department, said that some of the conscripts recently pressed into service were in fact diagnosed with tuberculosis, hepatitis C and even HIV. He also added that the infected servicemen won’t be discharged and will remain at military facilities during treatment.

Turkey’s intent to boost defense industry cooperation with Russia should not be interpreted as a step against the North Atlantic Treaty Organization (NATO), Turkish Foreign Minister Mevlut Cavusoglu said Wednesday.

Turkish President Recep Tayyip Erdogan, in the first reconciliatory meeting with Russian President Vladimir Putin on Tuesday since the downing of a Russian jet by Turkey last fall, named defense industry as one of several sectors where Ankara intended to bring ties to pre-crisis levels.

“The decision to increase cooperation with Russia in the field of defense is not a move against NATO. There are NATO countries that cooperate with foreign states in the defense sector, including importing missiles,” Cavusoglu said in an interview with Turkey’s Anadolu news service.

He explained that Ankara’s move to seek defense cooperation outside the Western military bloc stemmed from its dissatisfaction from exclusive work with NATO member states to date. On Sunday, Bulgarian Defense Minister Nikolay Nenchev said that Russian warplanes crossed into the so-called “Bulgarian zone of responsibility” with switched off transponders four times during the previous month. He demanded explanations from Moscow calling the alleged incidents “provocations of Bulgaria and its Air Force.” He added that Sophia was “taking preventive measures.”

“Russian military planes regularly carry out flights over the Black Sea strictly along the routes authorized by international rules  of the use of airspace over the neutral waters,” the ministry’s spokesman Maj. Gen. Igor Konashenkov said in a statement.

“Moreover, all flights, including those in June, have been conducted with switched-on transponders,” Konashenkov stressed.

The spokesman added that Russia had not received so far any requests from the Bulgarian side for explanation of alleged violations, contrary to claims by the Bulgarian minister.