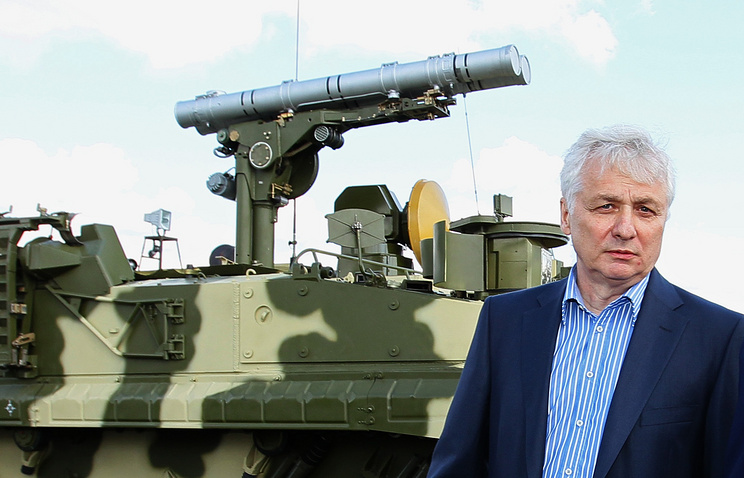 MOSCOW, January 19. /TASS/. The general designer of Russia’s Machine-Building Design Bureau, which designed the missile complex Iskander-M, Valery Kashin, doubts the Ukrainian defense-industrial complex will be able to come up with its own counterpart of this weapon system in the near future.

Some media said last autumn Ukraine was working on its own system Grom-2, described as a “close analogue” of Iskander. President Pyotr Poroshenko later said Ukraine had successfully tested another missile, being developed under the program for restoring the country’s nuclear shield, declared at the beginning of 2016. He did not specify what missile he was referring to.

“There have been quite a few reports Ukraine all of a sudden developed hectic activity in this field. The media said Ukraine wished to develop its own system of this class on foreign money. By the look of it, it is very much like Iskander. But I have big doubts their industry will be able to cope with all issues related with making such weapons within tight deadlines. The more so, since many industrial facilities possessing the required capabilities are in Donbass. Also, the financing should be systematic and plentiful,” Kashin said.

Also, he recalled that the Ukrainian defense-industrial complex has problems with human resources.

“As far as I understand, the people who were still working back in 1991 – I’m talking about missile industry workers – have grown old and are on retirement,” Kashin said.

April 15 – Russia carried out a combat training launch on Friday of a high power cruise missile from Iskander-M ballistic missile systems in the country’s southwest, the defense ministry announced.
“The missile brigade of the Central Military District carried out a combat launch of a cruise missile from the operational and tactical Iskander-M missile system against a command center of a simulated enem…y some 200 kilometers [124 miles] away,” the statement reads.
The missile, manufactured using technologies to reduce radar visibility, was not detected by the simulated enemy’s electronic warfare equipment and successfully hit its target.
According to the statement, the altitude of the main part of the flight was around 40-50 kilometers.
The 9K720 Iskander-M entered into service in 2006 to replace the OTR-23 Oka missile system, retired following the Intermediate-Range Nuclear Forces Treaty between the United States and the Soviet Union.
The Iskander is characterized by its high mobility and maneuverability, as it takes just 20 minutes to put the system into operational readiness.

Dragovalovsky did not specify the exact types of missiles being developed for the system. Konstrukskoye Buro Mashinostroyeniya, the design bureau behind the Iskander, said in a press release this week that the system currently has four types of ballistic missiles and one cruise missile.

“This system, the Iskander-M, has a great potential for modernization, which is happening in terms of armaments and missiles in particular. That is, the standard array of missiles is growing and new missiles are being developed,” Drugalovsky said.

Russia’s military conducted its first nighttime test of the Iskander-M on Thursday.The missile force chief added that the base chassis is also being made more reliable, and should remain in service for the relatively long term. Drugalovky also said that 9K98 Smerch multiple rocket launcher and its modernized version, the Tornado-S, would receive guided missiles. The 9K98 system currently has a range of up to 120 kilometers.

The Iskander-M is a rapid-deployment tactical system designed for eliminating targets at a range of up to 500 kilometers. It is intended for small-scale targets such as missile systems, multiple rocket launchers, long-range artillery, airfields and command posts.