Russian defense analyst Vladimir Tuchkov analyses Russian, Chinese and American developments in hypersonic weapons technology, including the expected timeframe for their deployment, which is sooner than you may expect.

Last week, Tactical Missile Systems Corporation general director Boris Obnosov told Russian media that he was confident that Russia would be introducing hypersonic missiles capable of speeds between Mach 6 and Mach 7 by the year 2020.

The director emphasized that such weapons would significantly weaken the potential of enemy missile defense. “It’s obvious that with such speeds – when missiles will be capable of flying through the atmosphere at speeds of 7-12 times the speed of sound, all [air] defense systems will be weakened considerably.”Tactical Missile Systems Corporation (KTRV by its Russian acronym) is based in Korolyev, outside Moscow. Several dozen specialized research institutes and industrial enterprises are involved in the development of Russia’s hypersonic missile potential, with KTRV a leader in this area not only in Russia but also compared to defense engineering companies globally.

Obnosov’s comments come on the heels of a recent speech by Admiral Cecil Haney, the Head of US Strategic Command, in which the admiral warned that American anti-missile and anti-aircraft defense systems will be virtually incapable of intercepting the Russian hypersonic systems expected to be deployed soon.

Commenting on these developments in a piece for Svobodnaya Pressa, Russian defense analyst Vladimir Tuchkov pointed out that while supersonic weapons have become a very popular topic of discussion today, their development actually began much, much earlier, going back to the Cold War.

The analyst recalled that “in the 1970s, the Raduga Design Bureau, now a part of KTRV, began research exploring the possibility of creating a cruise missile with a speed of Mach 5 or greater. At the time, the problem was little studied. Firstly, it was impossible to use ordinary turbojet engines for speeds in excess of Mach 3. The sharp increase in air speed pressure resulted in a loss of efficiency in the engines, with a sharp rise in temperature in the combustion chamber of the air-fuel mixture also reducing efficiency. The higher the temperature, the lower the thrust. Moreover, as temperatures rose, so too did the risk of the rocket’s turbine blades becoming deformed and simply melting.”

“In this situation,” Tuchkov noted, “the only option is the use of a ramjet engine — in this case a hypersonic scramjet. The use of a rocket engine, either liquid or solid fueled, for cruise missiles, is impossible, since the entire trajectory of the flight must be actively controlled and adjustable.””The design of the scramjet is very simple, with the number of moving parts reduced to a minimum. Theoretically, these craft can reach speeds of up to Mach 25, although the practical ceiling of operation is about Mach 17-19. However, the scramjet also has a significant drawback – its normal operation begins at speeds exceeding Mach 3. Before this speed, it is necessary to accelerate the missile using a solid booster, or some other method, similar to the kind used to launch a high-speed aircraft.”

The analyst recalled that when development of hypersonic missile technology first began in the Soviet period, one of the key problems for engineers was overheating. “It was necessary to create the kind of heat shield through which the onboard flight control equipment would continue to work flawlessly.”

In the 1980s, Raduga Design Bureau created several prototypes of a new cruise missile – the Kh-90, NATO codenamed Koala. The cruise missile weighed 15 tons, had a length of 9 meters, and a 7 meter wingspan. With an expected range of up to 3,000 km, the missile had a design speed of Mach 5.

“The project,” Tuchkov noted, “advanced far enough for several test launches to be conducted. During the last of them, the missile reached speeds ranging from Mach 3 to Mach 4.” The missile was aircraft-launched.

Of course, “all of the USSR’s hypersonic weapons designs were strictly classified. It was only due to the fact that the project was closed in 1992 thanks to a lack of financing and the collapse of the defense industry in general that some information about the Kh-90 has become publically available.”

After a period of stagnation in the 1990s, development resumed. Today, the analyst noted, Russia has reached a point where it has created and is actively testing at least two hypersonic systems. “This includes the 3K-22 Zircon anti-ship cruise missile, the main developer of which is the NPO Machine Building plant in Reutov, outside Moscow, which is also part of KTRV. At the same time, an export version of the missile, known as the Brahmos, is being developed for the Indian Navy.” 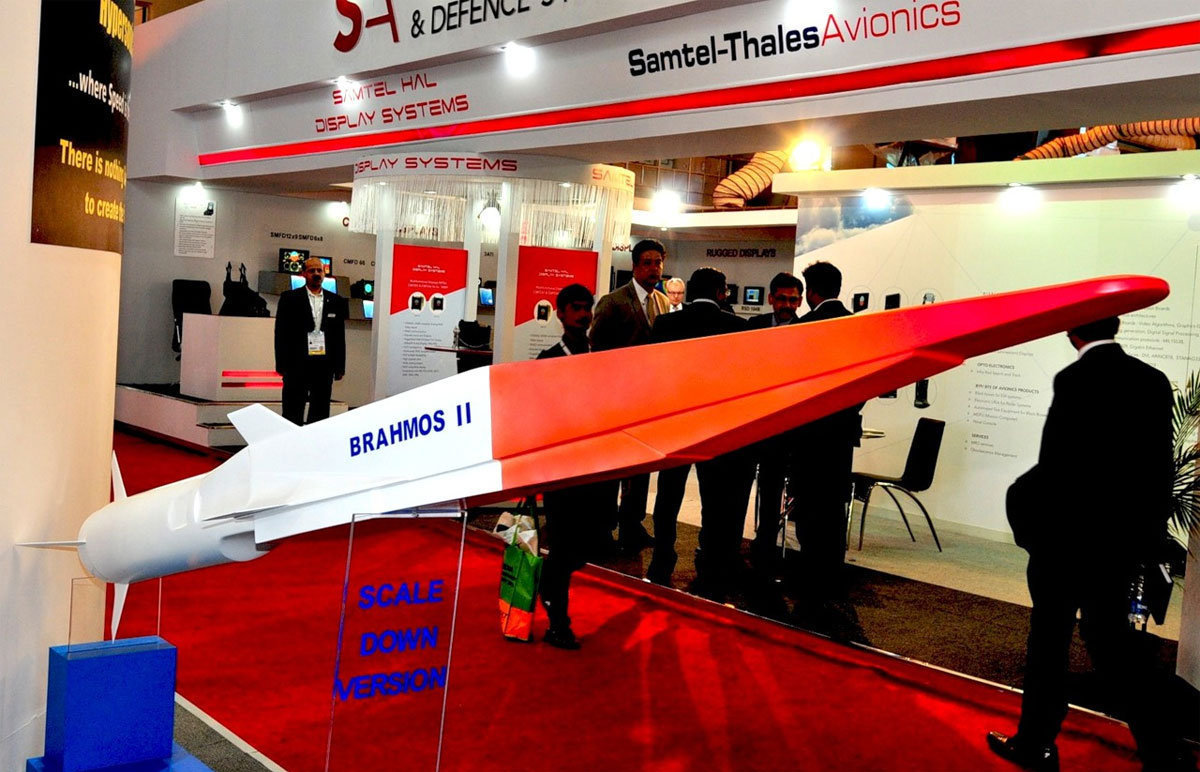 The first information about the Zircon appeared in 2011, with testing beginning a year later. “To date, five test launches have been made…During the last launch, in March of this year, the rocket was successfully tested in normal operation mode.”

Effectively, Tuchkov noted, “work on the Zircon is progressing so rapidly that the first state testing is expected to begin next year, and mass production the year after that, in 2018. In this connection, the Tactical Missile System Corporation director’s forecasts about the year 2020 looks quite modest.” 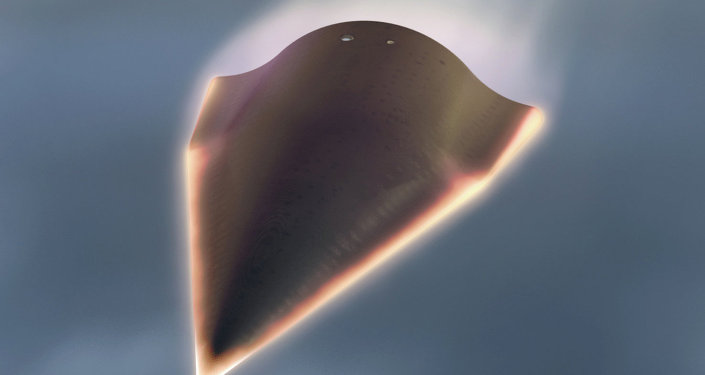 “Of course, he is talking about speeds of Mach 6-7, while the Zircon’s design speed is ‘only’ Mach 5. Various estimates suggest its range may be between 400 and 1,000 km. Precise information on the engines is not available, but informed analysts suggest that acceleration is carried out via a reactive solid booster, with a scramjet used as the main engine.”Furthermore, the Zircon has already been slated for installation onboard the heavy nuclear missile cruisers — the Peter the Great and the Admiral Nakhimov. It is also expected that a new Russian nuclear submarine, codenamed Project-Husky, currently under development, will be equipped with the Zircon.

“As for Project 4202, it appears that this system will be able to meet and surpass the speeds discussed by Tactical Missiles Corporation’s director. This missile too is being developed by the NPO Machine Building plant. To be more precise – this is not an independent missile, but rather a warhead onboard an intercontinental ballistic missile, which, after separation from the launch vehicle, acts like a hypersonic cruise missile would, maneuvering freely to determine direction and pitch.”

According to informed estimates, Project 4202 is capable of speeds between Mach 7 and Mach 12. For this reason, Tuchkov noted, the system can overcome “not only modern means of US missile defense, but even those systems which American engineers have not even begun to develop yet.”

The testing of Russia’s hypersonic gliders is taking place using the tried and true RS-18B ‘Stiletto’ silo-based ICBMs, used to accelerate them up to the appropriate speed. “After being adopted by the military, Project 4202 will be installed aboard the new RS-28 Sarmat, and on future Russian ICBM designs. This is expected to take place between 2020 and 2025. When the expected first batch of 20 supersonic warheads is rolled out, it will effectively make the US missile defense system pointless. Every Sarmat will feature three hypersonic combat gliders.”Foreign Analogues: USA

Of course Russia is not the only country engaged in the creation of prospective hypersonic weaponry. The X-51, being developed by the Boeing Corporation under the aegis of the Pentagon’s ‘prompt global strike’ concept, is expected to reach speeds of Mach 6-7. Testing began in 2010, but, as Tuchkov pointed out, none of them have been deemed successful so far. Brought into the air aboard a B-52 strategic bomber, the X-51, with a range of 500 km, has clocked a maximum speed of Mach 5.1. “However, all flights ended in the destruction of the test missile before the end of its planned flight.”

“Setting out on this costly project, the US positioned it as a tool for effective and lighting-speed strikes against terrorist groups. However, there is no doubt that the Pentagon also had in mind the traditional confrontation with Russia, and against a rapidly developing China. Yet the X-51, even if it is brought into mass production, will not solve the problems it was designed to handle, since the prospective Russian S-500 anti-aircraft missile system is expected to be capable of destroying hypersonic missiles.”

In this sense, Tuchkov noted, the DARPA program’s Falcon HTV-2 has better characteristics in terms of its speed, having been successfully clocked at Mach 20. But the vehicle was launched from near space, first carried up by rocket booster, from where it hurled back down to earth.”In other words, there’s nothing new here; the US Space Shuttles and our Buran flew in similar fashion. Following the second test, which took place in 2011, the missile was recognized as unpromising, since it was almost uncontrollable, and impossible to establish communications with.”

China too is actively involved in the development of hypersonic technology, beginning with its WU-14 rocket, which began testing in 2013. An average of three tests per year has taken place since then. The system’s declared speed is Mach 10, although as Tuchkov pointed out, a variety of contradictory information has been circulating, estimating speeds from Mach 1.5 to Mach 7.

“Series production of the WU-14 is expected to begin in the second half of the 2020s, and it is expected to be mounted on ballistic missiles, which for the Chinese is very important. Today, only a small number of Chinese ICBMs is capable of reaching the US, giving the Pentagon the hypothetical ability to fight off a Chinese nuclear attack. For Beijing, this is not only insulting, but disadvantageous in the diplomatic competition between the powers. With the arrival of hypersonic warheads, the US is expected to ‘behave’ more prudently.”

“Another task entrusted to the new weapon is the destruction of aircraft carriers; their defenses would be powerless against maneuverable warheads traveling at speeds of Mach 10.”