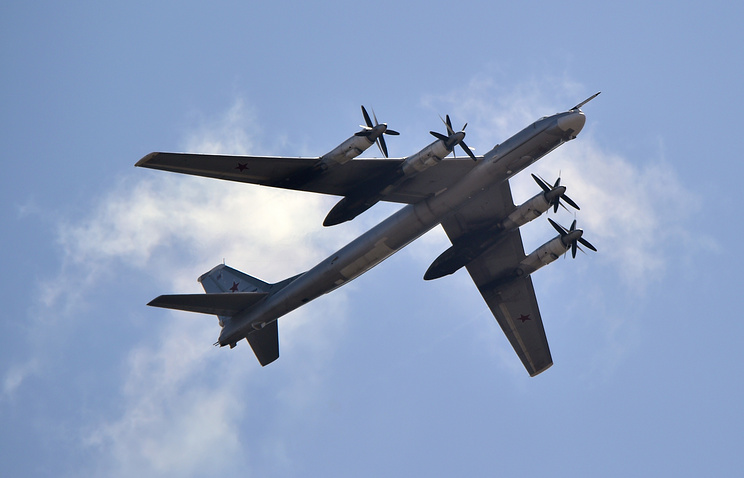 MOSCOW, November 17. /TASS/. An upgraded strategic bomber Tupolev-95MSM on Thursday delivered the first-ever strike with X-101 cruise missiles while on a mission to destroy the strongholds of terrorist groupings in Syria, the Russian Defense Ministry said at its official channel in YouTube.

No reports on the dispatches of these turboprops in strikes at terrorists in Syria were made earlier.

The Russian Aerospace Force put the first upgraded Tupolev-95MSM into service in August 2015. It received the codename Dubna, after a town in the Moscow region, which is an internationally known center of nuclear research in Russia.

The video shows that two bombers as a minimum took off from a Russian airbase. An older of the Tupolev-95 family of turboprops, a Tupolev-95MS codenamed Vorkuta, joined the modernized bomber on the flight to Syria. A disturbing new video released by the Iraqi Defense Ministry celebrating the liberation of Qayyarah by Iraqi Air Force and the US-led Combined Joint Task Force for Operation Inherent Resolve shows the airborne drop of incendiary munitions in potential violation of international law.

Troubling video issued by the Iraqi Defense Ministry show the country’s air force dropping incendiary munitions from an airplane on the villages of South Qayyarah as part of the campaign to liberate the territory from the control of Daesh terrorists.

Initial reports from on the ground freelance reporters indicate that the munitions were dropped by either the Iraqi Air Force or by the US-led Joint Task Force for Operation Inherent Resolve planes although the former seems more likely with video footage appearing on the Iraqi Defense Ministry’s YouTube page.

The town, only 35 miles (56km) from Mosul, has long been a Daesh stronghold until recently when Iraqi forces have made major gains against the Jihadists taking back the strategic Qayyarah Air Force Base in July. Once a booming oil town, Qayyarah has become the epicenter of some of the most violent fights against the Daesh jihadists serving as a critical staging point for the offensive to retake Mosul.

Freelance combat reporters Aldin Abazović said that the incendiary munitions appear consistent with white phosphorus. The use of white phosphorus is prohibited under international law and is considered a war crime if dropped from an warplane into an inhabited area.

Protocol III of the UN Convention on Certain Conventional Weapons defines an incendiary weapon as any weapon or munition which is primarily designed to set fire to objects or to cause burn injury to persons through the action of flame, heat, or combination thereof, produced by a chemical reaction of a substance delivered on the target. These are distinguished from more benign weapons that have secondary incendiary properties such as tracers. The video shows the use of the alleged incendiary weapons at 1:50.

Additionally, even a village overwrought by Daesh jihadists would still be considered to fit within the protocol’s “concentration of civilians” definition which extends to any reasonable number of non-combatants including even “a group of nomads.” It has been argued by the United States under the Bush administration that these conventions lack full weight because the enemy is not fighting in accordance with international law, but scholars contest that the protections are for the civilians, not the combatants, thus defeating that argument.

Both the United States and Iraq are signatories to protocol III of the Convention Against the Use of Certain Conventional Weapons and are bound against using these weapons in the field of fight by force of treaty and by censure of the United Nations. 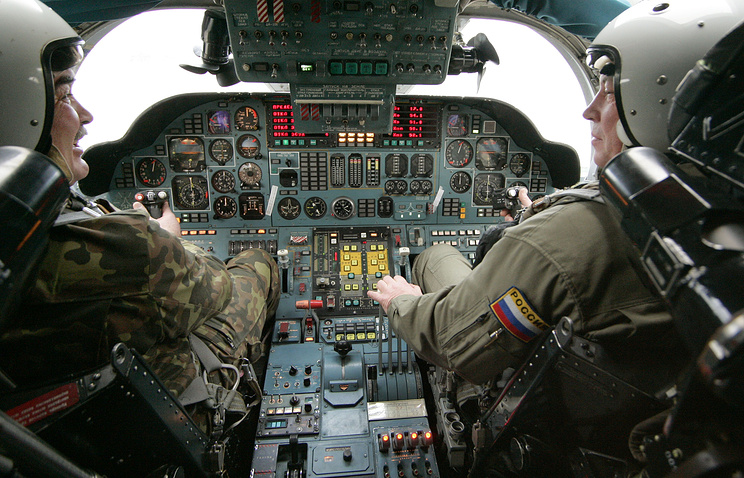 MOSCOW, July 14. /TASS/. The media reports suggesting that Russia is developing a strategic bomber that is capable of performing tasks in space, do not correspond to reality, Russia’s Defense Ministry said in a statement received by TASS on Thursday.

The ministry said that the media had misinterpreted the words of a military academy representative about an alleged development of “a space bomber”.

“The development of advanced engines for space exploration has been continuously conducted in Russia since the middle of the previous century. However, the creation of some ‘space bombers’ in the Serpukhov branch of the Academy of the Russian Strategic Missile Forces is out of the question. Such design and development work is at least not within the competence of the Russian Defense Ministry’s educational establishments”, said a ministry representative.

“The words of a teacher of that military academy about the hypothetical possibility of using his own theoretical insights in the sphere of defense engine technology were obviously misinterpreted,” he said.

The tests were held for a month and a half in an environment close to real combat conditions. The first batch of these launchers will soon be delivered to Russia’s Defense Ministry.

The defense contractor Start is actively modernizing its testing and production facilities to successfully fulfil a large volume of contracts under the state defense procurement program, the company’s press office said.

According to district’s press service, aviation of Russia’s Southern Military District has been fully rearmed with Su-34 attack aircraft.

“A separate bomber aviation regiment of the Southern Military District, located in the Rostov Region, received yet another frontline Su-34 fighter-bomber,” the statement said.

According to the statement, the district received some 35 modern planes and helicopters in 2015.

Russia is currently spending about $300-billion in a rearmament program intended to modernize up to 70-percent of its military equipment by 2020.