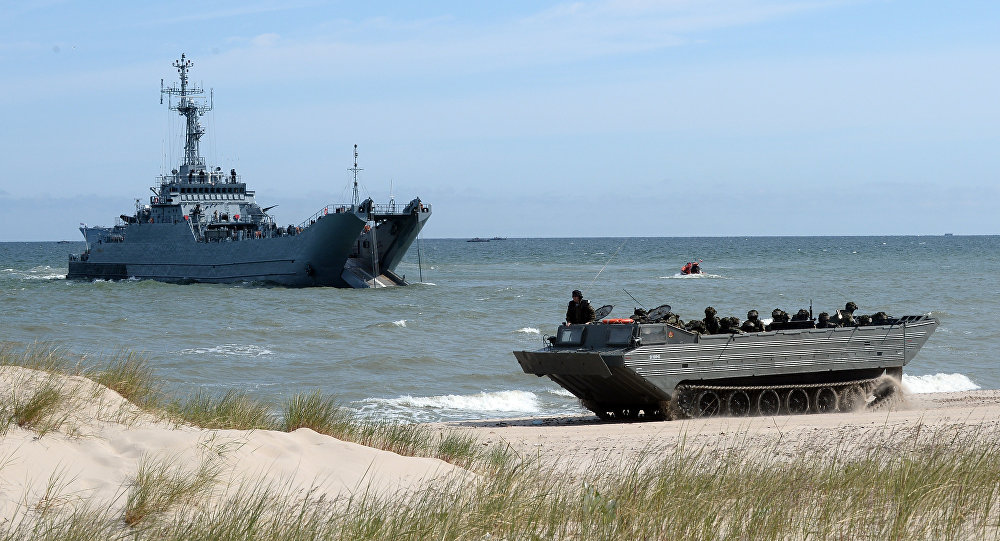 BALTRON SQUADEX II-16 exercises, naval military drills, involving warships from Lithuania, Latvia and Germany will take place in Lithuanian territorial waters, according to the statement of the Lithuanian Defense Ministry.

VILNIUS (Sputnik) — The second leg of the annual Baltron naval military exercises involving warships from Lithuania, Latvia and Germany is due to commence in the Baltic Sea in Lithuania on Monday, the Lithuanian Defense Ministry said in a statement.

“On August 22-26, BALTRON SQUADEX II-16 exercises will take place in Lithuanian territorial waters… They will involve Lithuanian, Latvian and German military units…. The exercises will be led by Lieut. Tadas Jablonskis (Lithuania),” the statement reads.

The ministry added that the drills consist of two parts — an offshore portion of the exercises took place from August 18-21 off the coast of the Baltic Sea, while the marine phase will take place on August 22-26.

The exercises aim to check the ships’ maneuverability as well as practice artillery shooting, mine hunting, search and rescue operations, and defending against symmetric threats. Mine ships will also conduct demining operations, the statement added.In 1998, Lithuania, Latvia and Estonia created a squadron of warships in the Baltic states dubbed Baltron, with the main objective of protecting the Baltic Sea region. Since 2015, Estonia has opted out of the Baltron drills.