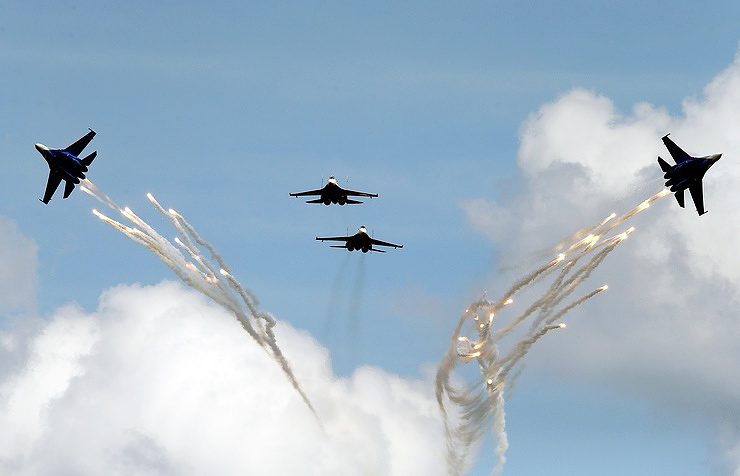 MOSCOW, October 25. /TASS/. Russian defense enterprises will exhibit over 220 military hardware items at the Airshow China-2016, the Federal Service for Military and Technical Cooperation said in a statement on Tuesday.

“Overall, more than 220 exhibits of military designation will be on display. As part of the single Russian exposition, the stands of the state space corporation Roscosmos and the Eurasian partnership of aviation and space clusters will be demonstrated,” the statement said.

The Russian pavilion, one of the largest at the Airshow China-2016, will showcase products developed by 49 companies, of which 27 will demonstrate military items. Also, aerobatic teams Russian Knights and Swifts of Russia’s Defense Ministry will take part in the air show.

Russia’s official delegation at the event will be headed by Deputy Director of the Federal Service for Military and Technical Cooperation Vladimir Drozhzhov.