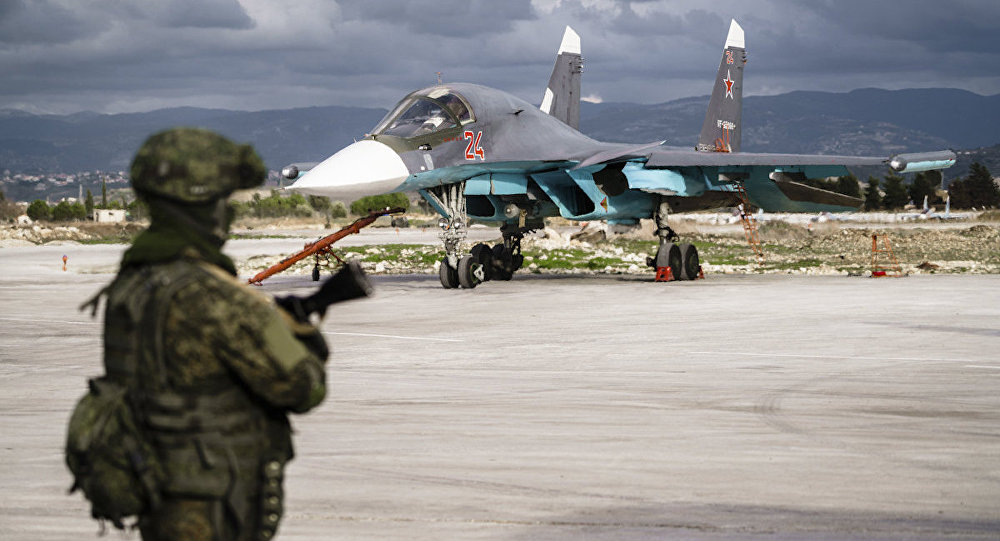 Syria will not share the same destiny as Yugoslavia, Iraq and Libya as long as Russia is actively present in the Middle East, journalist and defense analyst Mirko Molteni told Sputnik Italy, commenting on the Pentagon’s unprecedented attack on a Damascus-operated military base which left at least six people killed.

“I think that [Syria] will not suffer the same fate as [Yugoslavia, Iraq and Libya] as long as such powers as Russia protect their interests in the region, particularly the base in Tartus and the military air field close to Latakia,” he said.

Washington’s unauthorized operation in Syria prompted many to compare it to other US-led interventions which shattered several countries across the Middle East and elsewhere in recent decades.

In Molteni’s opinion, much will depend on what Washington plans to do next and whether the massive airstrike involving 59 Tomahawk land attack missiles was an isolated unilateral move or a harbinger of what’s to come. The US administration has not explicitly said whether this was a onetime measure, but US envoy to the United Nations has said that Washington is “prepared to do more,” without specifying what that means.

“We should wait and see whether this cruise missile strike will resemble the 1998 attack on a pharmaceutical factory in Sudan which [then President] Bill Clinton authorized following allegations that chemical weapons were produced at the facility. That was it. The United States did not launch additional strikes and did not deploy forces,” he detailed. “If this is an isolated incident, it should be viewed as Washington’s geopolitical signal to Russia and North Korea. If more strikes follow, then it is a different story.”

On Thursday, United States President Donald Trump ordered a massive airstrike on the Shayrat air base located in the Homs province, saying that the Syrian Arab Army (SAA) used the facility to ostensibly store chemical weapons and launch an attack on the town of Khan Shaykhun using a highly toxic substance against civilians. Syrian leadership and the SAA command denied these claims.The Russian Defense Ministry also said that Damascus did not use chemical weapons since the Assad government destroyed these armaments under a deal brokered by Moscow and Washington in 2013. The ministry explained that the Syrian Arab Air Force hit a large militant ammunition depot, which stored military hardware, as well as chemical weapons intended for Iraq.

Moscow and Damascus condemned the Pentagon’s operation, the first of its kind during the six-year-long Syrian War.

Molteni pointed out that Washington launched its airstrike without formally declaring war on the Syrian government. Many have emphasized that the decision was not authorized by either the US Congress or the UN Security Council. In other words, it came in violation of international law. The United States also made the move without providing any evidence to support its claim and prior to an investigation into the matter.”Such actions imply rashness. If the use of chemical weapons in Idlib was the reason, then there was no time to create an investigative commission to determine whether [toxic substances] were used by government-led forces since the incident took place only several days ago,” the analyst said.
Molteni suggested that the Pentagon’s massive airstrike was rather a political move linked to America’s internal affairs.

“This attack makes one think that Trump to an extent was forced to make certain concessions to those in Congress and the government who did not want Washington to improve relations with Russia. The fact that Republican David Nunes had to step down from the House Intelligence Committee-led investigation into Trump’s possible links to Russia during the election campaign serves as an indication [backing this assertion]. Nunes has been lately accused of telling Trump that US intelligence services wiretapped him ‘by mistake,'” the analyst said.

© Sputnik/
US Missile Attack on the Syria’s Sha’irat Airbase