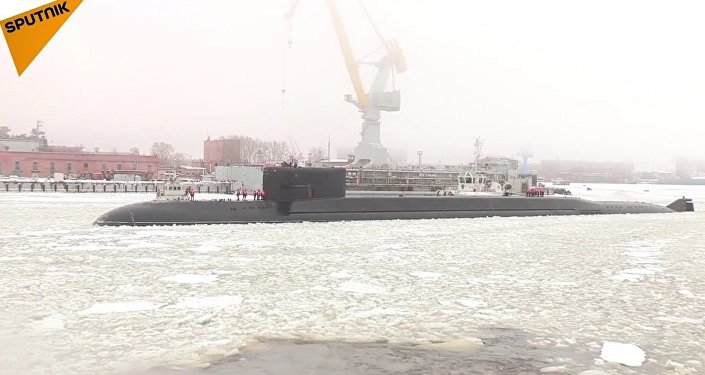 Miss Me? Russian Ballistic Missile Submarine BS-64 is Back After 16 Years Away

The Russian news network Zvezda reported that Russia’s second upgraded nuclear-powered Yasen-class project 885M submarine, the Kazan, should help the Russian Defense Ministry resolve the  key task of increasing the country’s naval clout in the strategically important regions of the World Ocean.The Kazan submarine was floated out by the shipbuilder Sevmash in northwestern Russia on Friday. It is due to enter service with the Russian Navy’s Northern Fleet in 2018 after the completion of a series of state tests.

The Russian Navy is currently equipped with one Yasen-class submarine, the Severodvinsk, which has a submerged displacement of 13,800 tons, a length of 119 meters, can travel up to 31 knots, and can dive to 600 meters.

The Severodvinsk is armed with naval mines, Oniks and Kalibr anti-ship and anti-submarine missiles as well as a range of torpedoes.

According to Russia’s Naval Doctrine, the Yasen-class vessels will become the main multipurpose nuclear-powered submarines in the Russian Navy.

At least eight Yasen-class cruise missile-carrying attack vessels are expected to join the Russian Navy’s submarine fleet in the future.

“Nuclear submarines of this type are capable of delivering missile-torpedo strikes against [enemy] naval targets and attacking coastal objects with several types of cruise missiles and modifications,” according to Zvezda.

Last year, Vladimir Dorofeyev, the director general of Malakhit Design Bureau, was quoted by Sputnik as saying that “the Yasen-class subs can be fitted with all types of cruise missiles that can be fired from submarines.”

Unlike the Severodvinsk, the Kazan submarine is more silent and as far as armament is concerned, it has eight SM-346universal vertical launchers.Each of them is due to be equipped with up to five Kalibr missiles. In all, the Kazan can carry 70 torpedoes and missiles, Zvezda reported.

Russian military expert Viktor Mamaykin told Sputnik that “Soviet-made multi-purpose nuclear submarines were significantly inferior to those in America in terms of low-noise performance,” a major factor to win a possible war. 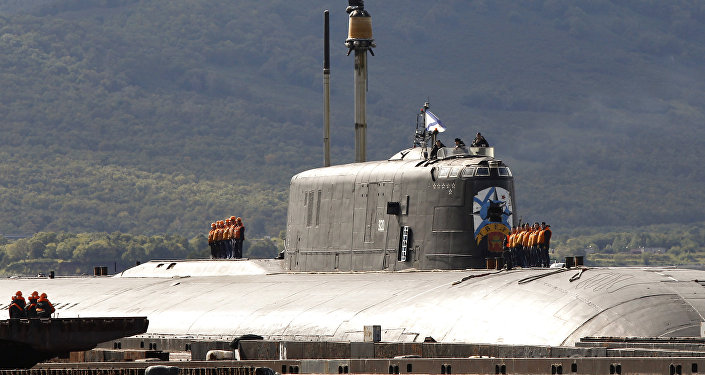 “As far as I know, the Kazan’s low-noise characteristics are on par with its Western competitors.  And now imagine what the Kazan can do if it is able to approach an enemy aircraft carrier strike group. It will be enough to launch just one torpedo at the carrier which will give a lurch, something that will disrupt the work of the carrier’s main strike force,” Mamaykin said.Four more Yasen-class subs are currently under construction; the sixth Project 885 watercraft, the Perm, was laid down in late July 2016. A total of eight updated Yasen-class submarines are due to join the Russian Navy by 2020.