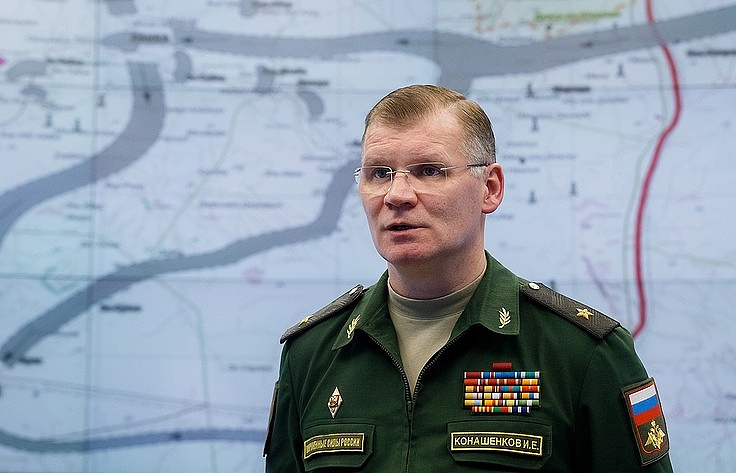 MOSCOW.  . French Defense Minister Jean-Yves Le Drian’s words that a battle to recapture the Syrian city of Raqqa from Islamic State will start in the coming hours are not based on true understanding of the situation “on the ground,” Russian Defense Ministry spokesman Major General Igor Konashenkov said on Saturday.

Raqqa is believed to be an unofficial capital of Islamic State terrorist group (banned in Russia) in Syria. On Friday, French Defense Minister Jean-Yves Le Drian said, “Raqqa is encircled and the battle for Raqqa will start in the coming days.”

“Friday’s optimism of the French defense minister, who announced Raqqa is encircled, has some specific national sources of inspiration which are not related to reality and situation ‘on the ground’,” Konashenkov said.

“These rosy slogans about the encirclement and speedy victory of the (US-led) coalition in Iraq’s Mosul have ended up with heavy casualties among Iraqi forces and a growing humanitarian disaster,” he added. “Even the biggest optimists have stopped hoping that Mosul will be fully recaptured from Islamic State this year. It is evident for any military expert that liberation of Raqqa will not be an easy stroll for the international coalition.”

Raqqa may be retaken in case all the forces that fight against terrorism will join efforts, he said.

“Tangible results and deadlines for the operation will directly depend on the understanding and readiness to coordinate their actions with all the forces fighting against international terrorism in Syria,” the defense spokesman said.