January 06, 12:09 updated at: January 06, 12:42 UTC+3
The Admiral Kuznetsov aircraft carrier naval group will be the first to leave the conflict area 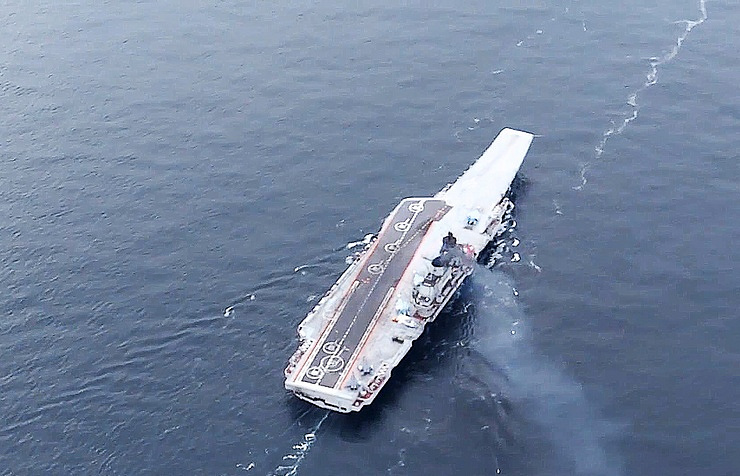 The Admiral Kuznetsov aircraft carrier naval group will be the first to leave the conflict area, he said.

“In accordance with the decision by Supreme Commander-in-Chief Vladimir Putin, Russia’s Defense Ministry is starting to downsize the grouping of the armed forces in Syria,” the chief of the General Staff said.

The Admiral Kuznetsov carrier will begin Friday moving from the Mediterranean to Severomorsk in Russia’s northern Murmansk region, Gerasimov said.

“I would like to thank the staff of the aircraft carrier group for the success in implementing its tasks. I order the senior officer of the mission Vice-Admiral Viktor Sokolov to begin relocating the group today and move to the main fleet base of Severomorsk as per the plan approved earlier,” he said.

Commander of Russia’s Group of Forces in Syria Colonel-General Andrei Kartapolov said the aircraft carrier naval group completed its tasks and it is ready for further operations.