December 16, 9:07 UTC+3 MOSCOW
The convoys are traveling via a special corridor from eastern Aleppo’s Salaheddine quarter to the city’s western outskirts 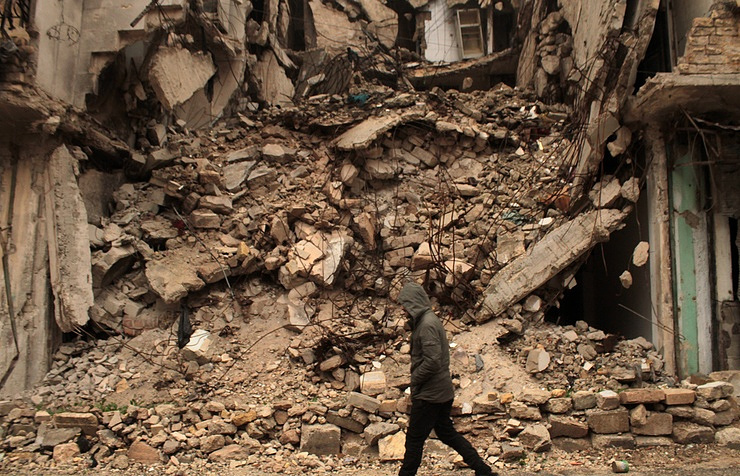 MOSCOW, December 16. /TASS/. Russia’s Center for Reconciliation of Opposing Sides in Syria has evacuated nine convoys from eastern Aleppo with 6,462 people, including over 3,000 militants and 301 wounded persons over the past 24 hours.

“All passenger buses and ambulance cars are accompanied by officers of the Russian Reconciliation Center and staff members of the International Committee of the Red Cross (ICRC),” the center said in a statement.

The convoys are traveling via a special corridor from eastern Aleppo’s Salaheddine quarter to Rashidin 4 in the city’s western outskirts. The militants and their family members later go to Idlib by other transport.

To avoid provocations, the Russian Reconciliation Center monitors the situation round-the-clock using drones and web cameras. Special posts have been deployed to ensure security along the route of the convoys.

The withdrawal of remaining militants and their family members from eastern Aleppo is carried out by Russia’s Reconciliation Center in cooperation with Syria’s authorities. The convoys of buses and ambulance vehicles are going via a special corridor to Idlib. Syria’s authorities guarantee safety to all members of armed groups who decided to leave the eastern quarters of Aleppo. On Thursday, two convoys moved along this route.