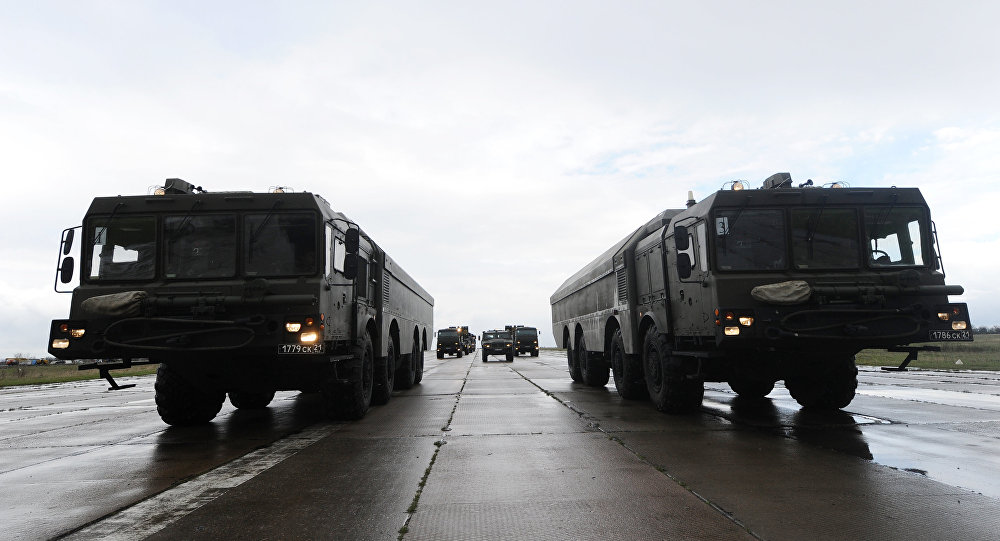 On Tuesday, the official newspaper of the Russian Pacific Fleet confirmed that the Bal and Bastion anti-ship missile systems had been deployed to the Kuril Islands. Commentators rushed to ask what effect this will have on Russian-Japanese relations. Sputnik spoke to several respected Russian military and geopolitics experts to find out.

Earlier this week, Boyevaya Vakhta, the official newspaper of Russia’s Pacific Fleet, confirmed that Moscow had deployed the 3K60 Bal and K-300P Bastion to the southern Kuril Islands of Iturup and Kunashir earlier this year, with one Bastion system already on active combat duty, and a second being prepared for deployment.

It was not revealed exactly when the systems had been made operational, but Moscow had made it known that it planned to deploy advanced defensive systems to the region since at least 2011, as part of an effort to create a unified system of coastal defenses stretching from Vladivostok to the Russian Arctic.

The Bal, in service since the early 2000s, is an advanced subsonic anti-ship missile meant to defend territorial waters, naval bases and other coastal facilities and infrastructure, and is capable of doing so any time day or night and in adverse weather conditions. Its missiles are capable of hitting targets up to 120 km away, with the system, which can be deployed for battle in less than 10 minutes, able to launch up to 32 missiles within an interval of three seconds.

The Bastion, literally Russia’s newest mobile anti-ship missile system, is equipped with the P-800 Oniks, a supersonic anti-ship missile with a 300 km range meant to engage surface ships both large and small. The Bastion can be deployed in under five minutes, firing its missiles within a 2-5 second interval.

As might be expected, news of the deployment of the advanced weapons, reported just weeks ahead of Russian President Vladimir Putin’s long-awaited visit to Japan next month, has led to questions about what effect the systems’ deployment will have on Moscow-Tokyo relations. The Kuril Islands are the subject of a long-standing territorial dispute between the two countries. The dispute has effectively prevented Russia and Japan from signing a peace treaty over 70 years after the conclusion of the Second World War.

Asked to comment on the deployment, Kremlin spokesman Dmitri Peskov stressed that it will “in no way affect” the current trajectory of bilateral relations between the two countries. For his part, Japanese Chief Cabinet Secretary Yoshihide Suga also noted that the deployment will not influence bilateral talks on the peace treaty, nor preparations for Putin’s visit to Japan.

Nevertheless, some Japanese and Russian media have said on the deployment of the systems may have been inappropriate, in light of the Russian leader’s upcoming visit to Japan. However, according to Vasily Kashin, a senior expert at CAST, a Moscow-based defense industry think tank, this is a short-sighted view.

Speaking to Sputnik, Kashin explained that the deployment of such weapons “is a planned process aimed at avoiding the reduction of the troop strength on the islands. Japan has long viewed Russia as a potential enemy. At the same time, we are now observing a very positive trend in relations. However, the southern Kuril Islands are still a disputed territory, which means that military units remain there. As planned, new generations of equipment are reequipping all units located on the Southern Kurils.” © Photo: Lev Rodionov

Furthermore, Valery Kistanov, the head of the Center for Japanese Studies at the Russian Academy of Sciences’ Institute of Far Eastern Studies, says that the deployment goes far beyond Russian-Japanese relations, and is part of Moscow’s response to the security situation in Northeast Asia as a whole.

“There,” Kistanov recalled, “we are seeing an arms race, growing tensions, exacerbated by a series of bilateral disputes, including territorial ones.”

The analyst recalled for example that “the nuclear testing conducted by North Korea serves an excuse for increased military cooperation between the so-called US-South Korea-Japan [security] triangle. Talks are already being held to make it so that in addition to South Korea, the US could place its THAAD anti-missile systems on Japanese territory.” Accordingly, he stressed, “these US plans are the main motivation for Russia’s effort to strengthen its defensive capabilities in the Far East.”

Finally, Viktor Pavlyatenko, senior fellow at the Center for Japanese Studies, told Sputnik that there is little reason for Asian powers, Japan included, to be concerned about Bastion and Bal’s deployment, given that such plans had been made public years beforehand.

“Why was such a fuss raised about this just now?” the expert asked. “After all, the decision on improving the security of our eastern borders was taken a year ago, and was officially announced at that time. And the deployment of coastal missile systems to the islands is part of an overall strategy of rearmament of the Russian military and the strengthening of its defensive capabilities,” adopted even earlier, in 2011. Before that, “since the 1990s and to the present, practically no advanced weapons were deployed on the islands.”

At the same time, Pavlyatenko stressed, “the missile systems in question are defensive; they cannot be converted into offensive weapons.”

Ultimately, the analyst admitted that “the intention to strengthen the border is an indication of the desire to strengthen [Russia’s] sovereignty” over the islands. “But this does not mean that we cannot engage in dialogue with Japan in the framework of international agreements, including the 1956 Joint Declaration between the Soviet Union and Japan.”

Earlier this week, on the sidelines of the Asia-Pacific Economic Cooperation summit in Lima, Peru, President Putin said that the lack of a peace treaty between Moscow and Tokyo was a major roadblock in relations – a “relic of the past preventing us from moving forward.” Putin noted that efforts toward a peace treaty “should be supported at all cost.” But negotiation and compromise are not synonyms for one-sided territorial concessions, and the Bal and Bastion’s deployment seems to be a clear indication of Moscow’s firm position on the issue.