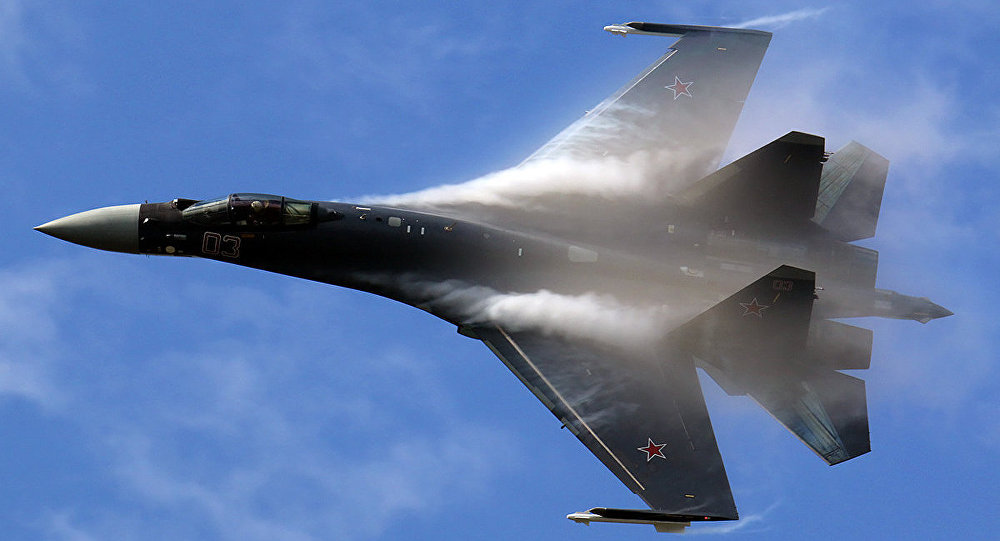 Moscow is not engaged in negotiations on Su-35 fighter jet supplies to Islamabad despite the announcement by Pakistan of possible deliveries, the Russian Foreign Ministry’s director of the Second Asian Department said. © Flickr/ Dmitry TerekhovRussia’s Su-35 Jet: ‘The Best Jet-Age Dogfighter Ever Made’

“This [information] has emerged at the instigation of the Pakistanis and is not true. I suppose that the FSMTC [Russian Federal Service for Military-Technical Cooperation] and [Russian state arms exporter] Rosoboronexport have already responded, there are no such negotiations,” Zamir Kabulov told RIA Novosti.

The Su-35 is Russia’s top air-superiority fighter, until the fifth-generation PAK-FA stealth fighter comes into production, with a clear maneuverability edge over existing fighter jets and a limited radar cross section after adjustments were made to the engine inlets and canopy as well as a series of modifications including the use of “radar-absorbent material” that gives the flanker a stealth-like profile.