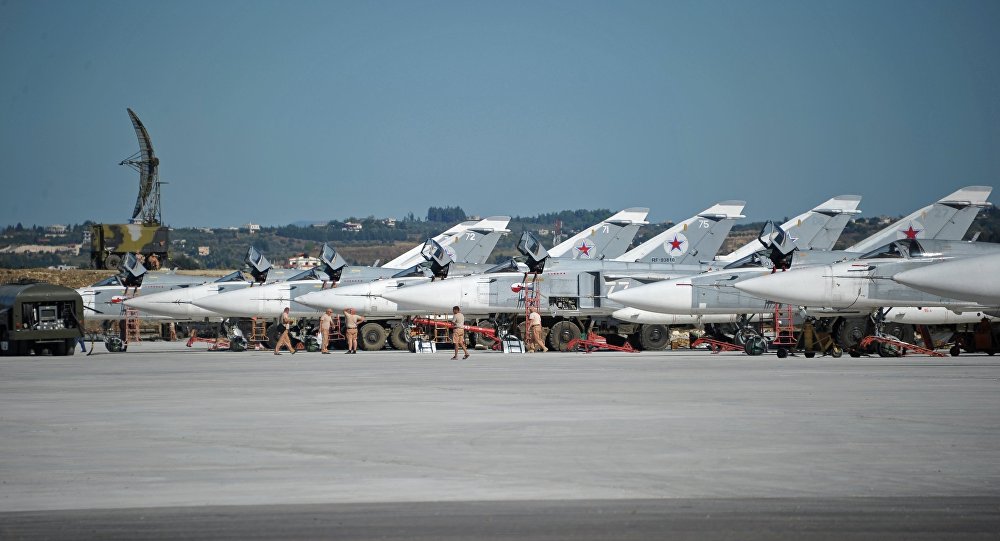 Having failed to resolve the devastating Syrian conflict by supporting radical armed groups intent on removing Assad, the United States should now disengage itself from the crisis and leave Russia in charge, foreign policy analyst Enea Gjoza wrote for the National Interest.

“The choice is not a pleasant one. However, it is the outcome that best safeguards US interests within the harsh constraints of one of the world’s ugliest conflicts,” Gjoza, a fellow at Defense Priorities and Master in Public Policy at the Harvard Kennedy School of Government, asserted.

His logic is simple. The United States has employed a flawed strategy to resolve the crisis in Syria, a country that does not constitute one of the US’ core national interests. Instead of bringing peace to an embattled nation, Washington’s approach has been instrumental in protracting violence since it is based on an inherent flaw.

“From the beginning, our policy in Syria has suffered from an inherent contradiction. The United States insists on Assad’s ouster as a condition of peace, but the groups that have proven most effective against his forces are hardline Islamic militias, which are themselves anti-American,” he explained.

The United States “has ignored this fact” providing support to what policymakers in Washington refer to as “moderate” opposition in a bid to create a force capable of tackling radical groups. This strategy resulted in a major embarrassment for the Pentagon when the US Department of Defense had to admit that a $500 million program produced only “four or five” Syrian fighters ready to participate in anti-Daesh operations.

In addition, “by continuing to arm and support the opposition, despite clear signs of the regime’s resilience, the United States ultimately helped transform the initial uprising into a bloody stalemate that destroyed the country and produced millions of refugees,” the analyst noted.

For Gjoza, a large-scale military intervention into Syria is not an option that Washington should consider. Likewise, maintaining the existing status quo is also not a good idea since it will lock the country in an endless tug of war.

This is why Gjoza has called on the White House to leave the resolution of the Syrian crisis to Russia.

Moscow, he said, “has demonstrated an ironclad commitment to the survival of its client state. Instead of continuing on the current path, the United States should seize the opportunity to let Russia take up the Syrian millstone.” Russian Defense MinistryRussian Aerospace Forces aircraft leave Hmeimim airbase in Syria

The analyst singled out three benefits of this decision for the US.

Firstly, Washington will receive an opportunity to disentangle itself from a conflict it cannot win. This could well be a smart decision considering that the US military is still active in Afghanistan and Iraq.

“Second, it would force a major rival (Russia) to own the burden of restoring order to a ruined nation and bear the cost of failure,” he said. “Finally, the Assad government, which is hostile to Islamists and has repeatedly vowed to re-conquer the country, would have to do the fighting and dying necessary to defeat [Daesh] on the ground.”

As reported by the newspaper, Norway plans to focus greater efforts on the activities of NATO in the coming two decades. Along with the protection of the country’s northern flank for “Russia’s containment,” its top priority will be to train more soldiers, both male and female.

In fact, this is “mad that we’ve pushed half of the population aside from the important issue of defending the country,” Norwegian Defense Minister Ine Eriksen Serey said earlier.

Norway has become the first European country to extend mandatory military service to females. The corresponding law was passed in 2014, with the majority of Norwegian MPs voting in favor of gender equality in the army.

According to Norwegian newspaper Verdens Gang, young people showed great interest in the job. A survey among students showed that Norwegian Armed Forces ranks fifth in the list of the most prestigious employers in the country.

Men and women are expected to fulfill the same tasks during their service and sleep in common barracks. According to the country’s authorities, reform of military service is an important contribution not only to the national defense, but also to the principle of gender equality.

Within last 24 hours, truce agreements have been signed with representatives of 4 inhabited areas in the Latakia province.

The total number of inhabited areas, the leaders of which had signed reconciliation agreements, has reached 623.

Negotiations on joining ceasefire regime have been continued with field commanders of armed groups in the Muaddamet-ash-Shikh (Damascus province) and detachments of armed opposition in the Homs, Aleppo, and al-Quneitra provinces.

Illegal armed formations have not started withdrawing hardware and armament from the Kastello road simultaneously with the government troops; therefore they failed to observe their obligations in accordance to the Russian-American agreements.

Detachments of the opposition are using the ceasefire regime in order to recover their combat capabilities and regroup their forces in the Aleppo, Hama, and Homs provinces. They increase the number of shellings.

That is why the government troops had to stop withdrawing forces and return them to the position, which they had kept before.

The Russian center for reconciliation of opposing sides sent an appeal to the American party informing that detachments of the “moderate opposition” had failed observing the agreement.

In the Hama province, Maan, Zor Abu Zaid, Makharda, and Skandariyah inhabited areas have been shelled with MLRS, mortars, and armored vehicles.

Russian Aerospace Forces and Syrian Air Force have not carried out strikes on regions, where the opposition detachments could be located. “We have conducted preliminary tests of the sea-based Pantsir, which demonstrated positive results. Now we are to begin official tests. We hope to begin by the end of this year,” he told journalists.

He said the new weapons system will be mounted on various types of warships, “from small-sized missile ships to big patrol vessels.”

According to earlier reports, it is planned to begin tests of the sea-based Pantsir system onboard a ship at the end of 2016.

(FNA)- Video footage released on Friday showed that at least 25 US Army soldiers deployed in the key town of al-Rai engaged in serious disputes with the Turkey-backed Free Syrian Army (FSA) terrorists before leaving the town, while other reports indicated brief clashes between the two sides.

The FSA militants and their allies threatened to kill the US soldiers operating inside al-Ra’i on Friday if they declined to leave the town.

The FSA terrorists continued threatening the US military personnel even as they were leaving al-Ra’i.

Other reports from the town indicated that the FSA fighters engaged in first fighting with the US military personnel after threatening them.

Within last 24 hours, truce agreements have been signed with representatives of 3 inhabited areas in the Latakia province.

The total number of inhabited areas, the leaders of which had signed reconciliation agreements, has reached 619.

Negotiations on joining ceasefire regime have been continued with field commanders of armed groups in the Muaddamet-ash-Shikh (Damascus province) detachments of armed opposition in the Homs, Aleppo, and al-Quneitra provinces.

In the Hama province, Maan, Makharda, Kaukab, Mardes, Kumkhana, and a railway station in the Narb Nafsa inhabited area have been shelled with MLRS and mortars.

Following inhabited areas have been also shelled with mortars: Kormos, Teib Garbiyah, Tesnin, Teir Maala, Kafer Nan, Ard al-Jaburin, Ala Basi, al-Rastan in the Homs province; Harasta, Kasmiyah, Jaubar in the Damascus province as well as the Ibn al-Walid Hospital in Damascus; positions of the Syrian Armed Forces have been shelled near mark 1154 in the Latakia province.

Russian S-300 missile systems performed combat launches during air defense drills of the Western Military District at the Ashuluk firing range near the southern city of Astrakhan, a spokesman for the district, Igor Muginov, said Thursday.

“According to the drills scenario, the S-300 air defense systems were countering a sudden massive missile attack of the simulated enemy,” Muginov said.

He added that the exercises ended with practicing the most complex element of the combat training, namely, the destruction of a simulated target moving along a ballistic trajectory. Simultaneously, the positions of the S-300 units were attacked by six of these targets, all of them were successfully destroyed.