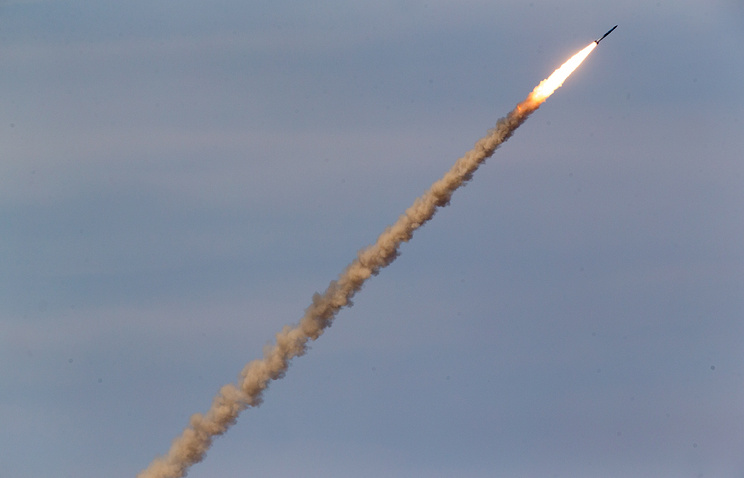 “Almaz-Antey starts the research and development activities (R&D) to create the fifth-generation medium-range air defense missile systems. The R&D efforts will be conducted on the base of JSC Tikhomirov Scientific Research Institute of Instrument Design, which is the leading developer of the air defense missile systems of the Buk family,” the company representative said.

“The fifth-generation medium-range air defense missile system will have a deep integration with the single layered air defense system and support of the network-centric control system,” he added.

In addition, the new system’s target acquisition and destruction area will be expanded, it will also have increased jamming resistance and endurance capabilities, also through the application of automation and robotics.

This summer, Almaz-Antey has successfully tested the fourth-generation Buk-M3 missile system. According to the company press service, thanks to a new missile, the system almost two times surpasses in characteristics the previous models and has no analogues in the world. In addition, the company sources said, the missile’s lower mass has made it possible to 1.5 times increase the ammunition load.

“The new missile has a significantly lower weight. This has increased the missile system vehicle’s on-board ammunition capacity 1.5 times. The new system’s missiles are carried in containers and launched from them”, Almaz-Antey said then. Head of the Russian Air Defense Forces Alexander Leonov said previously that “a unique new missile” was created for the Buk-M3 version. A new cutting-edge missile has been created for the Buk-M3 medium-range air defense missile system, he said. “The self-propelled system’s transport and firing boxes are designed to hold six missiles. Missiles are more compact but are more precise and capable of flying longer distances. So, it can be called a new unique missile capable of efficiently hitting air targets,” he said. He said the capacity of the new missile system had been boosted by 1.5 times as it is capable of holding six missiles instead of four.

Earlier, a Russian defense source told TASS the Buk-M3 missile systems would be included into the Russia army’ inventory before the end of 2016 and would arrive to the army starting from 2016. The Buk-M3 system is superior to the S-300 air defense missile system by a number of characteristics, including the kill probability. The Buk-M3 system has a range of 70 kilometers (43.5 miles), which is 25 kilometers (15.5 miles) more compared to previous versions of the Buk antiaircraft missile system. The Buk-M3 has a maximum firing altitude of 35 kilometers (21.7 miles). Russian Defense Minister Sergei Shoigu said previously there were plans to make operational the first brigade set of the new Buk system in 2016.