February 9. /TASS-DEFENSE/. A Russian Sukhoi Su-24M (NATO reporting name: Fencer) was shot down by a Turkish F-16 fighter in Syrian airspace near the Turkish border on November 24, 2015. In response, the Russian leadership decided to boost the security of the air task force’s planes on mission in Syrian airspace and to step up the air defense of Khmeimim air base.

As far as the surface-to-air missile (SAM)-based defense theory is concerned, it is enough to provide area defense for the key defense industry and military installations at the most probable avenues of approach in low-intensity conflicts , while large-scale military conflicts necessitate area and point defense.

Beefing up the Russian SAM element in Syria with a cutting-edge S-400 Triumph (SA-21 Growler) long-range SAM system has considerably improved the AD coverage of the key facility, Khmeimim AB, and allowed reaching targets flying at higher altitudes and speeds. In addition, the AD element’s survivability and immunity has grown sharply in terms of possible fires- and electronic countermeasures-heavy environment.

According to public sources, the combined Russian-Syrian AD force was deployed in the war zone as far back as November 2015, comprising:

Moreover, a decision was made to add the S-300FM Fort-M (SA-N-20) SAM systems of the Moskva and Varyag (Slava-class) guided missile cruisers in Syria’s littorals in order to augment the air defenses in the wake of the Su-24M’s downing on November 24, 2015. To cap it all, Krasukha-4 electronic warfare (EW) systems were deployed in Khmeimim AB to protect it from hostile air and space reconnaissance assets. 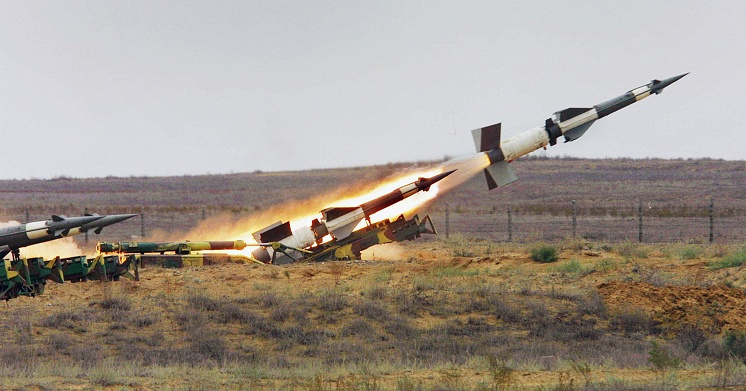 At least three layers are apparent in the SAM-based air defenses of Khmeimim AB.

Finally, the Pantsir-S1 close-in systems should be considered to be a means of covering the air base and S-400.

As far as the volume of fire and SAM-based air defense depth are concerned, we should prefer the latter, because it is the most objective parameter of SAM-based air defense. In this respect, the S-400’s 40N6E long-range missile capable of killing aircraft out to 400 km is of special interest. With SAMs like that, the S-400 can cover almost all of Syria and even part of adjacent regions.

Of particular interest to experts is the possible tactical employment of the S-400 SAM system, if the right conditions are right for that. Compared with the S-300 (SA-10 Grumble), the Triumph can destroy a much wider range of threats travelling at a speed of 4,800 m/s, e.g. intermediate-range ballistic missiles with a range of 3,000-3,500 km. It also can handle pinpoint targets and stealthy threats at a range extended by 50% owing to an increase in the power generation capabilities of the 91N6E radar system and 92N6E multirole radar. The introduction of advanced electronic countermeasures (ECM) resistance solutions has boosted the system’s ECM immunity by several times. Finally, its reliability has grown and its size and power consumption have dropped owing to its cutting-edge electronics, sophisticated self-contained power supply and advanced vehicles.

The Russian AD task force in Syria will both prevent new attacks on Russian warplanes and disrupt air strikes by third parties against targets in Syria.

The article was published on the ‘Russian Defense & Technologies’ newswire.