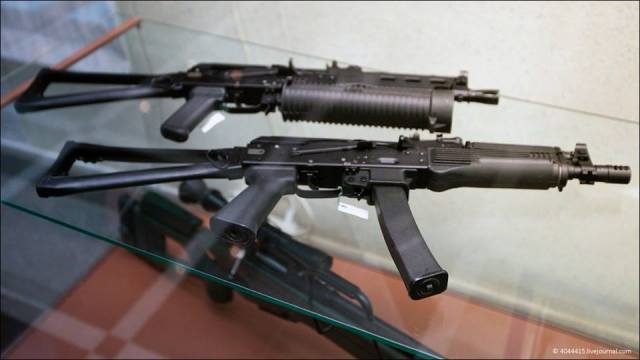 Russia’s newly formed arms maker Kalashnikov Concern has added three new firearms to the list of weaponry authorized for export, a company spokesperson said Wednesday.
The new addition incudes the 18.5 KS-K military shotgun, the SV-99 sniper rifle, and the Vityaz-SN submachine gun. All these weapons are designed for use by special purpose police units.
The weapons were included in Russia’s top arms exports list by presidential decree and were unveiled at the Interpolitex 2013 arms show in Moscow on October 22-25, Kalashnikov’s Yelena Filatova said.
The KS-K shotgun is similar to the Kalashnikov assault rifle in its layout. The weapon has a minimal number of parts and is easy to operate and maintain. Its eight-round detachable magazine and automatic bolt stop significantly increase its rate of fire, the maker says.